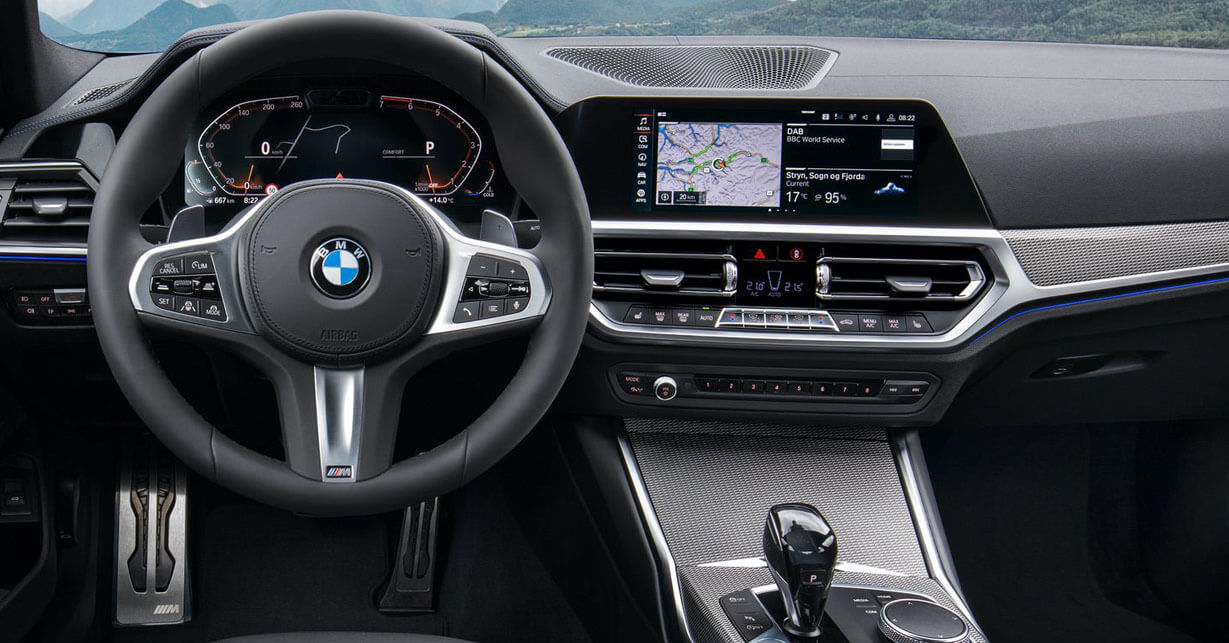 The latest BMW G20 3-Series has more technological wizardry than ever before. BMW has done a great job of laying out functionality under the menus of iDrive. However, many features available on the G20 are hidden from plain sight or can only be enabled when coding the vehicle’s ECU.

So, if you want to know all about BMW G20 hidden features, how to access them, and if doing so is even possible, you’ve come to the right place as that is exactly the topic of today’s article!

Close the trunk from inside the car

Having the ability to open and close the trunk with your key fob and the associated trunk lid button is old news these days as all modern-day cars come with such features. Being able to open the trunk from your driver’s seat also isn’t new as that feature is available on most BMW models for decades now.

However, the G20 also enables you to both open and close the trunk with the door-placed button. Press down to open the trunk, or press up to close it. You don’t have to get out of your seat to control your trunk fully.

Open and close windows with the key fob

If you’re not new to the BMW world, this might seem like old news to you. The BMW G20 also enables you to open and close your windows via the key fob. After you get and lock the car without closing your windows, you can simply press and hold the BMW button for a few seconds which should close the window. Also, if your car is equipped with a sunroof, this feature will also close it.

Moreover, you can also open all four of your windows and your sunroof while approaching the car. All you have to do is press and hold the unlock button, and the car will do the rest.

Hidden storage in the engine bay

The BMW G20 comes with about 17 cubic feet of trunk space which is more than adequate for the segment. Little did anyone know that the G20 also has a hidden storage compartment at the top right section of the engine bay. To access it, all you have to do is undo a little plastic clip that holds it in place, and then you can place more cargo there.

Although this comes useful in more ways than one, keep in mind that this compartment is near the engine so it can get hot after long drives. Therefore, don’t put anything in here that can’t withstand high temps.

All newer BMWs come with the eco-friendly Auto start/stop feature which is designed to save fuel by shutting off the engine while coming to a stop. Despite that, most people prefer shutting it off as it tends to put additional strain on the alternator. Moreover, it can often be laggy and way too obtrusive which can lead to the feature doing more harm than good.

There are ways how you can make your BMW remember the last Auto start/stop setting, but it does require coding the car. To do so, you must access the car’s OBD port (shown in the picture).

Another fairly convenient feature with your G20 is the ability to long-press the left shifter paddle to shift the car to its powerband which will give you optimum power for overtaking. While doing so, also be sure to press the accelerator pedal until you feel a click which will give you all the power you need.

Do this only when the situation allows you to as some G20 models can get squirrely at the back if you push them too hard.

Many of the car’s functions have been incorporated into the central screen which can get tricky when trying to access certain rarely-used functions.

If you want to know exactly which radio station is tied to a certain preset button, all you have to do is hover your fingers over the associated button. The central screen will display all of the associated radio presets. Unfortunately, this feature was removed in the LCI G20 as it no longer features capacitive buttons for radio control.

If you live in a cold climate where snow and ice often settle on your front windscreen, you should be aware that BMW has a hidden wiper replacement/winter/cleaning mode that lets you put the wipers in their upper position. All you have to do is hold the wiper stick down while the engine is off.

After two or three consecutive wipes, the wipers should stop at their highest position which will make it a lot easier to replace/clean your wipers. To make your wipers return to the normal position afterward, turn the car on and press the wiper stalk once.

Having heated seats and a heated steering wheel is essential to increase your wintertime comfort, but it may seem a bit redundant to always go through a wide variety of center-screen menus just to turn them all on.

BMW thought of that which is they added a separate “climate control rules/Regulation climate control” function into the center screen which enables you to automatically turn on your heated seats and steering wheel whenever the temperature drops below a certain threshold.

Press the climate control button on the center screen and access the “Climate Control Rules” section and set it up from there.

Adjust the angle of the rearview mirror tilt

While reversing, the BMW G20 tilts down the mirrors which gives you a better understanding of your surroundings. However, the problem here is that the mirrors on the G20 tend to tilt a bit too low which only enables you to see what is directly behind you. Unfortunately, you can not alter the angle through BMWs central screen menus which means that you will have to code it in separately through the OBD port.

This will give you the option to alter the tilt angle in multiples of 10 so you can set it up exactly how you want it.

Start the car in Sport mode

Many BMW G20 owners tend to drive their cars in sport mode which alters the throttle response, keeps the transmission in its optimum rev range, alters the suspension damping, and adjusts the steering weight and precision for a more engaging.

The problem here is that the car automatically reverts back to comfort mode whenever you restart it, with no option of maintaining the previously-used setting.

You can make your G20 3 Series always start in sport mode whenever you start the car, but that will also require coding with an app or laptop.

If your BMW has the comfort access feature, your key fob also comes with a customizable “diamond button” which enables you to program the button for a few specific features. From the factory, this button turns on the headlights for a short period of time, but the in-car menu enables you to choose between a few different features such as going into the car’s settings or turning on home lights. If you so desire, you can unlock additional options via OBD2 coding.

Unlock by approaching the car

All you have to do is go into the comfort access menu and select the associated options. However, if your BMW does not have comfort access, you can also maybe add it by coding the car through the OBD port.

Do you need to code your G20 to enable the hidden features?

It depends on the level of equipment your G20 has as some of these can be selected via the car’s infotainment system.

However, if your car does not come with some of these or you want to add even more features to your G20, you will have to source an ODB reader and code the car with a phone app such as Bimmercode, Bimmerlink, Carly, etc.

This is a great way to set up your G20 exactly how you want it as some of these will improve your day-to-day experience substantially. It’s always a good idea to create a backup file of all the stock settings you can always revert your G20 to its default settings whenever you want or when it’s time to sell the car. Moreover, always be sure to use credible apps and hardware companies as coding cars can sometimes create problems instead of solving them.

Why are my windows not closing with the key fob?

This function is disabled for the US market due to certain safety concerns. This also extends to some other smaller markets globally. It would be a good idea to adhere to federal regulations as some of these can get you fined.

You can still enable this function by coding your car with an OBD reader and an app like Bimmerly or Carly.

Are any of the hidden features and modifications illegal?

Some of the parameters you can modify with coding, such as altering your headlight tilt angles are illegal and can also endanger others on the road. Use common sense when altering functions that modify the standard functioning of the car.

Why are some of the features not available?

In order to be able to alter certain software features of your BMW, you also need the associated hardware that comes with it. Base models of the G20 such as 320i might not be equipped with some of the hardware necessary to use hidden features.

For example, if your BMW does not come with Laser light functionality, you will not be able to alter anything associated with laser lights.

Can you retrofit all unavailable features?

Sometimes you can retrofit certain hardware components to your BMW (comfort access for example) which will enable you then code it for it to work fully. However, if you do decide to do so, always use BMW OEM parts and try to consult yourself with a BMW dealership beforehand.