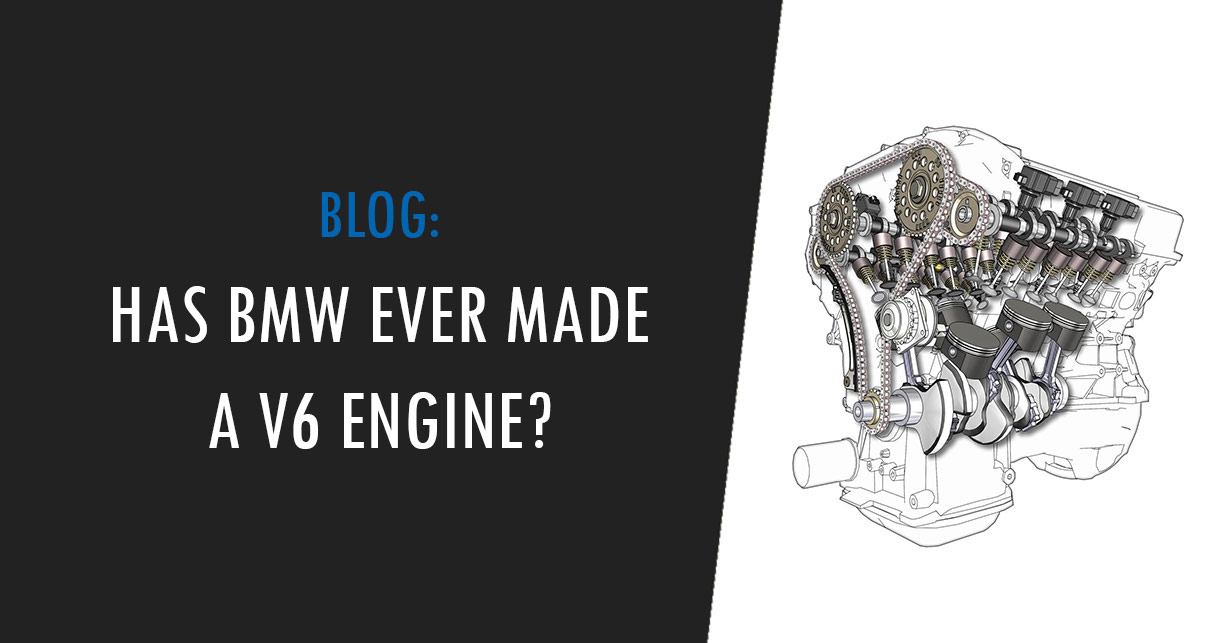 We all know BMW primarily uses naturally aspirated and turbocharged inline-6 engines in most of its lineup, with inline-4 for low output and V8s for high output applications. But what about V6 engines? Has BMW ever used this engine configuration?

Has BMW ever made a V6 engine or paired a V6 to a car?

No, BMW has never mass-produced a V6 engine or mated a V6 engine to any of their cars. Reportedly, BMW regularly develops and internally tests V6 engines, but none have made it to production. Are we ever going to see a BMW with a V6? Most likely not in the near future.

The Bavarian manufacturer has a well-deserved reputation for building great inline-6 engines, which dates back to the 1930s when they started producing the M78. They do it excellently, and modern engines like the B58 and the S58 are proof of that.

V6 engines are not as smooth as Inline-6 engines

According to speculation, V6 engines don’t meet BMW’s noise, vibration, and harshness standards. It makes complete sense as the V6 configuration is inherently unbalanced. The smooth power delivery of BMW inline-six engines, ranging from the docile N52 to the twin-turbocharged S58, can’t be matched by a V6.

BMW’s long tradition of making sporty luxury cars with front-engine rear-wheel-drive (FR configuration). There is arguably no better engine for this configuration than an inline-6. Sure, a V8 can be more powerful, and a V12 is smoother, but inline-6 engines are simple, efficient, smooth, and can make impressive power with the use of turbochargers.

Using a V6 has advantages for manufacturers that use it for FWD platforms or FWD-based all-wheel-drive systems due to its compact size and ability to be mounted transversely, but using a V6 on a RWD BMW platform would have more drawbacks than advantages.

Let’s take a look at some of the pros and cons of a V6 configuration compared to the one typically used by BMW:

Advantages of the V6 engine

Disadvantages of the V6 engine

No. V6 engines are incredibly versatile, dependable, and just as tunable as BMW inline-6 engines can be. Some applications require a V6 as any other engine configuration simply wouldn’t fit in the engine bay or work with the drivetrain application.

However, for BMW’s use case, an inline-6 engine is superior as it can easily fit into virtually all of the manufacturer’s lineup. Almost all BMW models have a relatively long nose, have RWD-based traction, and need a smooth refined drivetrain that matches the manufacturer’s NVH standards.

Will BMW ever mass-produce a V6 engine?

Almost the entire BMW lineup is the perfect use case for the straight-six configuration, and we don’t see signs of BMW making a V6 engine any time soon.

BMW perfected the naturally aspirated I6, and although the early turbocharged I6’s like the N54 suffered from reliability issues, the new B58 has shown once again that the Bavarians can make a solid, modern, and powerful turbocharged six-cylinder engine without the need to resort to a V6 configuration.